This page contains links to the online materials/exercises accompanying my textbook Practical Corpus Linguistics. In future, I’m also planning to add links to some of the relevant resources, such as concordance programs, web-interfaces to generally accessible corpora, etc.

In addition, to keep the textbook up-to-date even if some of the resources originally described there may change, revised information containing the most recent changes to program interfaces, latest program versions, etc., will be posted here.

In May 2016, just about 3 months after the publication of the book, the BYU corpora interface underwent a rather drastic change, partly to make it more user-friendly for mobile phones. In the following, I shall try to summarise these changes inasmuch as they affect the content of the descriptions in the book, so as to allow readers to carry work through the exercises in the book using the new interface, rather than having to resort to switching to the old one.

The BYU interface is used in various places throughout the book, mainly as an interface to COCA, but also to carry out comparisons between COCA and the BNC, starting from section 8.2 (p. 132). Instead of the original frame-based display depicted in Fig. 8.4 (p. 133), the interface now has one basic window, as shown below. 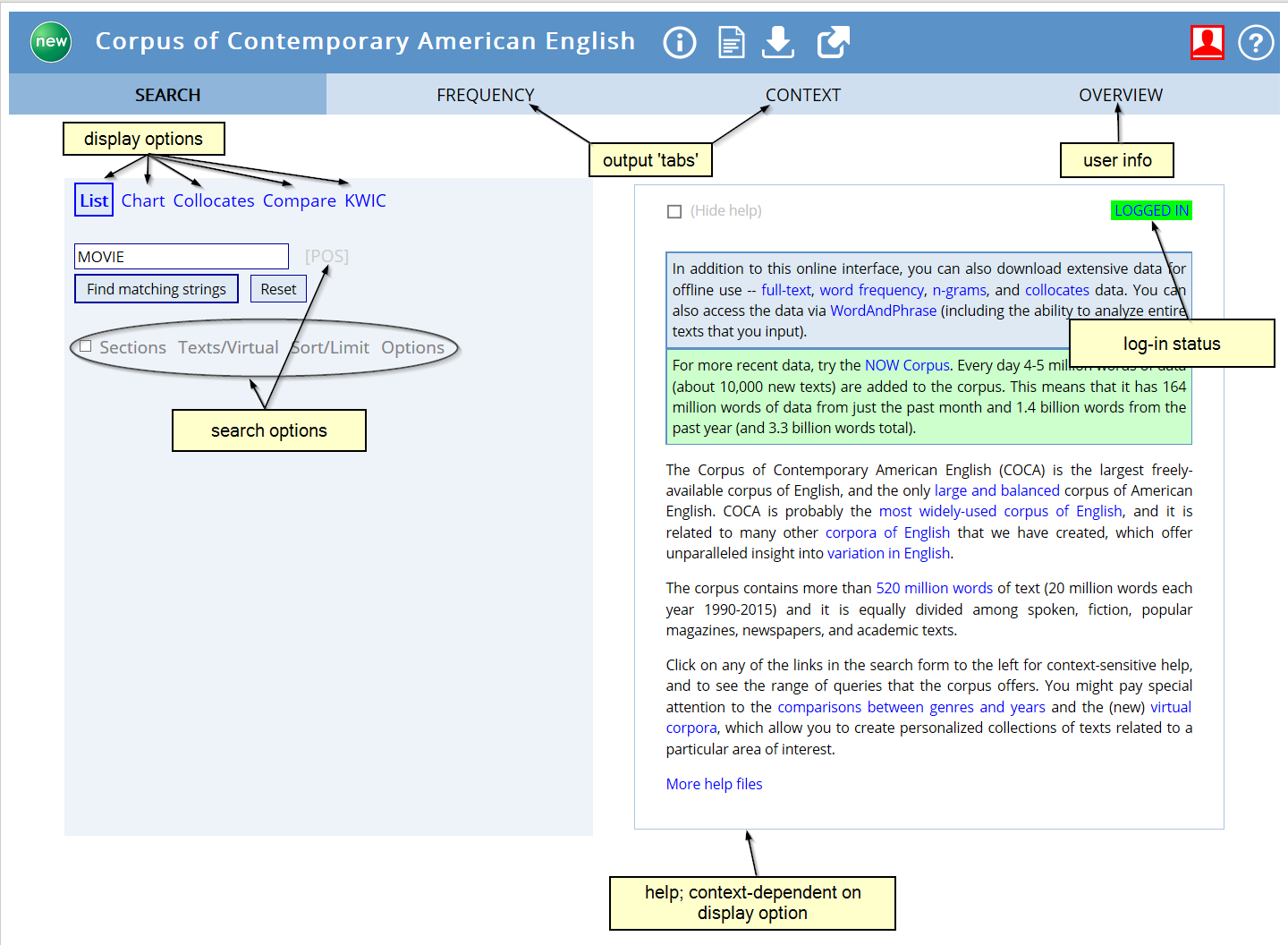 Once you run a query by clicking on the Find matching strings button, you are taken to the FREQUENCY ‘tab’, which essentially looks like the top right-hand frame in the original figure in the book. Selecting the desired results from the frequency list and clicking on the CONTEXT button will then produce the output from the bottom right-hand frame, only this time on the CONTEXT ‘tab’.

The search syntax has also been changed extensively, most notably removing most of the square bracket options, and introducing some abbreviations.

Notes (most recent ones first)